Fast facts: children and the Syria regional crisis - 11 years on

As we mark 11 years of conflict in Syria, UNICEF MENA prepared a factsheet highlighting the situation of Syrian children in Syria and in refugee-hosting countries. 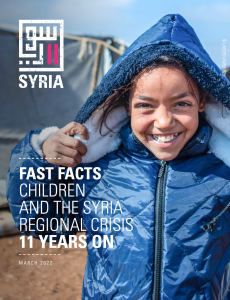