In this short fast facts report, UNICEF provides key data on the consequences of ten years of war on Syrian children. The report covers grave violations against children, extreme survival measures, education, health and nutrition data both in Syria and in neighboring countries. 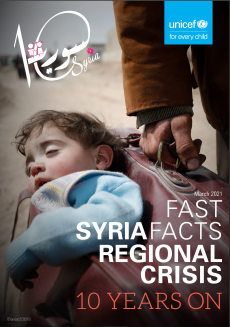