I play therefore I learn

No Lost Generation is marking the 10th year of crisis inside Syria with a series of blog posts shedding light on the comparative situation of children. Publishing one blog post a day, we will underline the needs of children and youth affected by the Syrian crisis and share the experience of our partners responding to their plight. We need to redouble our efforts and rethink our interventions, to shape a better future for 10.7 million children.

While there were existing barriers to access and basic education before the Covid19 pandemic, the lockdown and total closure of formal schools and non-formal learning centers were the tipping point of the education crisis in Lebanon. More than half of the Syrian school-aged children are still out of school to date, with only 10% accessing Non-formal Education (NFE). Among the main barriers to access quality and inclusive education: i) Adaptation of the curricula to remote learning; ii) Availability of digital devices and connectivity; iii) Capacity building of teachers/ facilitators for remote and blended learning approaches.

Non-governmental organizations (NGOs) played a fundamental role in finding new, innovative solutions to face the disruption of education services, by complementing the efforts of formal education institutions in facing the new challenges. One successful example of mainstreaming distance learning is represented by the project Back to the Future funded by the EU Trust Fund in Response to the Syrian Crisis (MADAD Fund). The project promotes enrolment and increases retention in formal education in Lebanon for over 16,955 refugees and vulnerable Lebanese children. It is implemented by a consortium of three NGOs: AVSI, Terre Des Hommes Italy, War Child Holland.

A solution was found through a collaboration with Seenaryo, an NGO specialized in education for marginalized communities, for ensuring continuity in Community-Based Early Childhood Education (CB-ECE), targeting vulnerable children in pre-school age (3-5 years old). 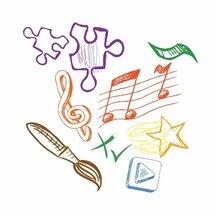 Based on their Playkit, that contains over 100 games, 200 songs, dozens of interactive stories and classroom management techniques linked to the curriculum, Seenaryo developed online materials deliverable to caregivers and teachers weekly through WhatsApp. The contents are suitable to kindergarten and grade 1 & 2 children and it is built in order to teach through play-based methods.

Each week caregivers would receive two lesson plans (for the caregiver to deliver) and one interactive story (to be shown directly to the child).

Lessons were in Arabic, facilitating comprehension and promoting participation of the caregivers. They would focus on holistic curricular topics (e.g. hygiene or food), with literacy and basic numeracy as cross-cutting subjects. 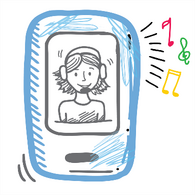 Back To the Future - THE STORY OF IKHLASS 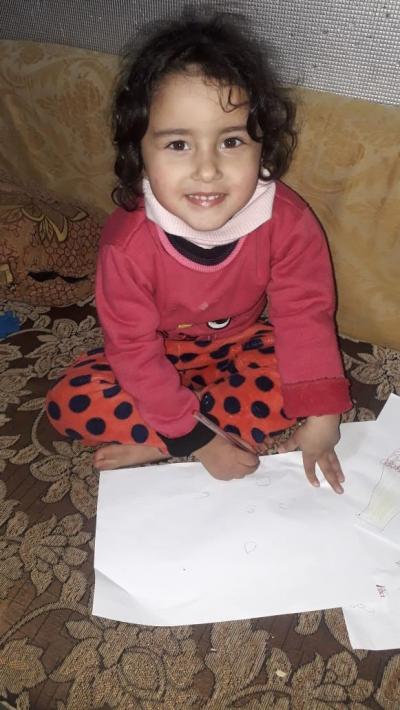 Children with learning difficulties are given extra attention upon joining our programme. We give our upmost and unconditional support, regardless of the difficulties or circumstances which we might face, with an aim of leaving no child behind when it comes to receiving an education.

Ikhlass, three years old, has difficulty speaking - something which her mother Maha was initially ashamed of and even refused to allow her daughter to participate in the programme’s lessons.

“You cannot understand what my daughter is saying, so why am I sending you her videos? It is pointless – she will not learn.” Ikhalass’s mother.

The teacher Fodda Abdallah refused to give up on Ikhlass, though, and was determined to make a breakthrough. She followed up with her daily, allowing Ikhlass all the time she needed to understand the lessons and what was required of her exactly, at her own pace. The teacher also encouraged Ikhlass’s mother to join her daughter in the lessons – something which she was reluctant to do at first.

The mother was eventually convinced, and the results were amazing. Ikhlass started interacting and even became vocal. She began listening to what her teacher was saying and repeating the words after her. She even started to sing some songs!

“Never did I imagine in a million years that my child would be able to speak, let alone sing! She has been completely transformed – I’m so happy!

The mother now constantly shares with the teacher videos of Ikhlass pronouncing words and responding to the lessons that she’s given. It’s a daily routine which she now looks forward to.

Back to the Future is a project funded by the European Union in Lebanon, through the EU Regional Trust Fund in response to the Syrian crisis, the EU Madad Fund, and implemented in partnership by AVSI Middle East, Terre des hommes Italy in Lebanon and War Child.

Recommendations: Support is urgently needed to ensure access to quality and inclusive education for all Syrian refugee school-aged children. Combined and structured efforts are necessary to input resources for non-formal education as alternative pathways: